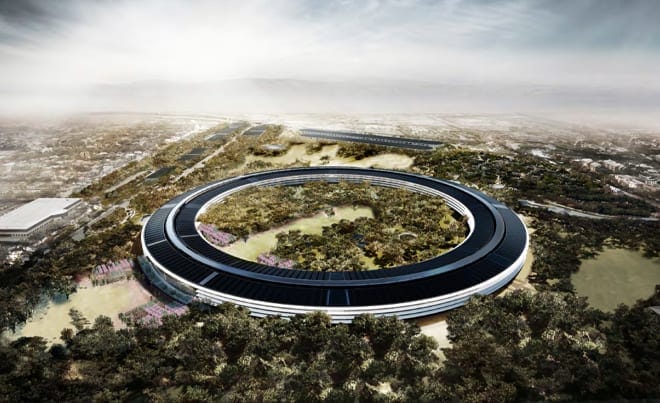 New Apple Headquarters – The Best Office Building in the World? “Designed in London”. 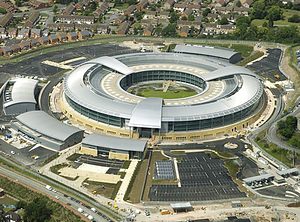 Steve Jobs said to Norman Foster, “do not think of me as a client, think of me as a member of your team” and through many meetings and models the final form gradually took shape – and it literally does look out of this world. “The mothership has landed” to quote one official. “I cant wait to work in a spaceship”exclaimed an employee at a keynote speech. A gleaming doughnut of an office – it doesn’t look dis-similar to the MI5  headquarters in Cheltenham,UK (designed strangely enough in the reverse manner of the Apple building, by Gensler an American Architects designing a British building). “The Doughnut” was designed as a large circle to echo the arial gravitas of its Americas counterpart “The Pentagon”.

But whereas “The Doughnut” is home to 4,000 security personnel. The Apple “Mothership” is likely to house more than 13,000 with room for growth. It’s nice to know there are more people dedicated to designing my new laptop and phone, than their are trying to break into to it!

Apple will clear over 170 acres of land, including 26 existing buildings from the former HP campus. In so doing it will turn the existing concrete jungle into a luscious, “Stanford style” campus, bringing back the essence of California by transplanting the strongest trees and turning the current ratio of 80% Concrete:20% Green on its head – with 80% green space. For 75% of the year, there will be no need for air-conditioning because the building will take advantage of the natural climate. If there is any need for energy, the building will be powered by 100% renewable energy drawing power from an enormous solar array on the roof. The glazing is a completely new system never used before, and almost every surface has to be meticulously and specially made to match the curved design of the building. Not the cheapest way to build a building but as Steve Jobs said :It will be pretty cool!”. 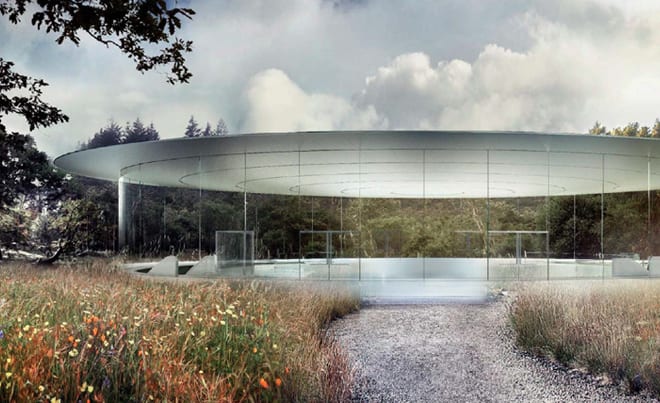 The entrance to the underground auditorium is like a floating baby spaceship, hiding deep underground beneath it is a massive auditorium no doubt where the famous keynote speeches will be made in the future. 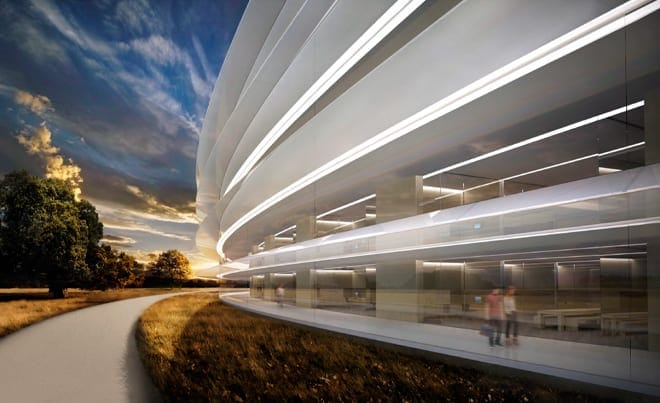 Interestingly, the new spaceship building is being called Campus 2, and rather than being a completely new main headquarters, it will in fact be a new research facility. 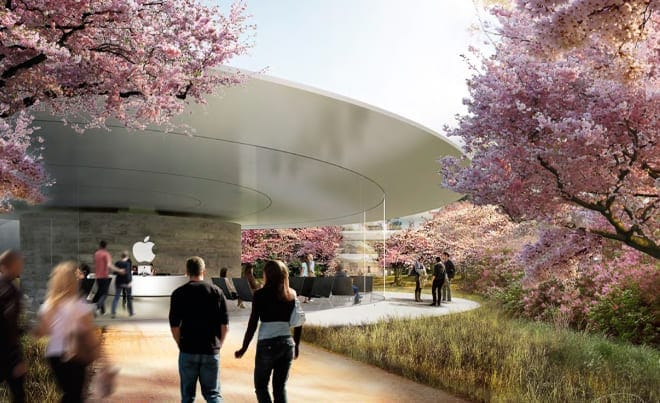 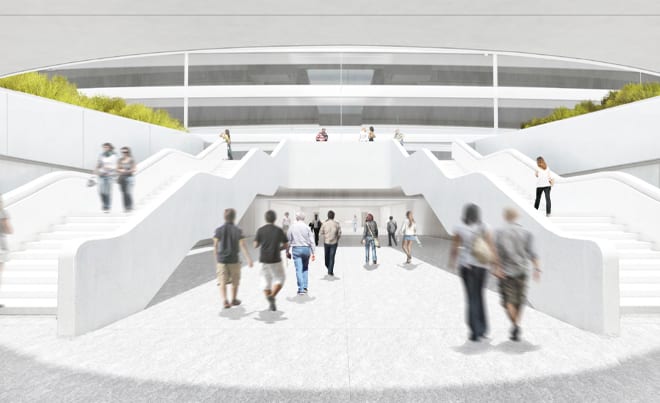 There will be parking for over 4000 cars underground, and it will have its own bus station to ferry the thousands of people in and out of the building every day for work. 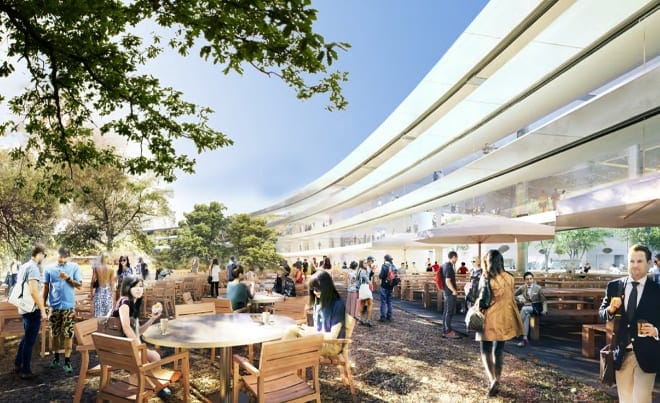 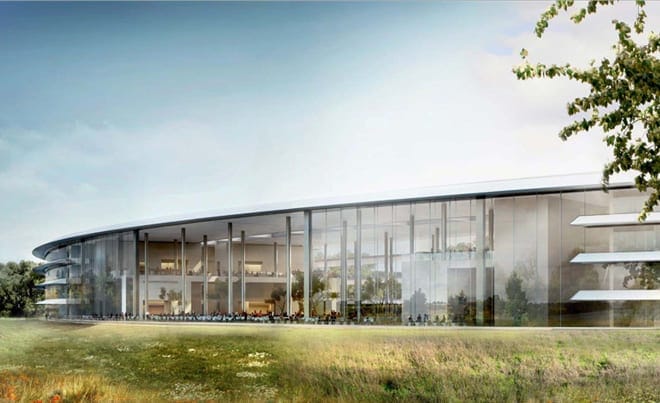 There will be a massive canteen area accessible from both the internal and external “rings”. There will also be a gym and shopping arcade. But what will the interiors be like? We’l have to see. If you can’t wait to see great office interiors, take a look at out top ten coolest office interiors in the world.