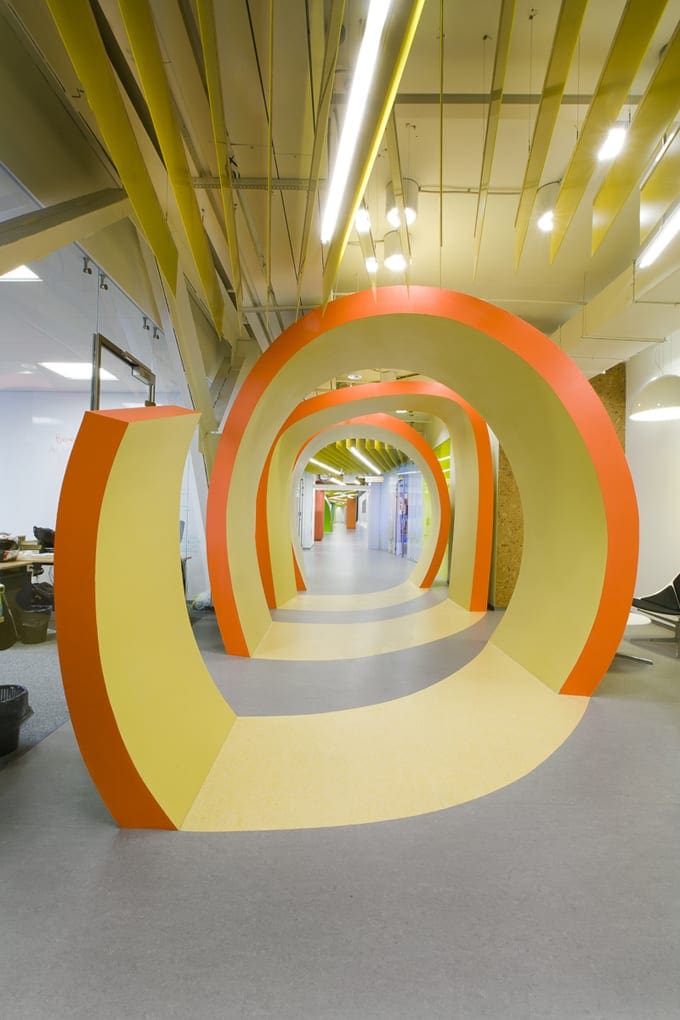 Remember the Lada? East Germany when it was in the USSR? Yes, Russia wasn’t famed for it’s good office design, but since Perestroika and the embracing of capitalism Russia has become a hot bed of creativity and good office design. Years of keeping everybody down and oppressed seems to have has realised an explosion in creativity and freedom of expression. 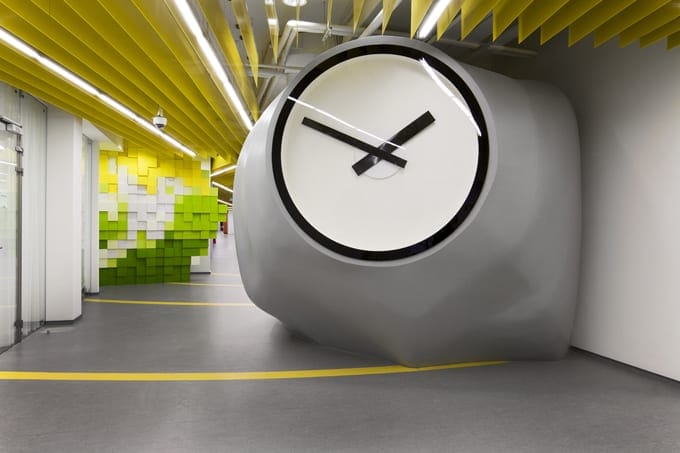 Yandex is the the largest IT corporation in Russia and they approached za bor architects to come up with this “crazy good” space. Taking an unusually long and thin office space covering over 30,000 sq/ft, the designers located unusual objects along the long straight corridors.  The objects act to take the visitor through the internals of the Yandex search service. The reception is the well known search button and yellow arrow…passing the corridors they see the familiar email and username input boxes, and at each step they see icons, pixels of Yandex Services – however they are pixelated and grown to large three dimensional representations, creating a significant visual impact. 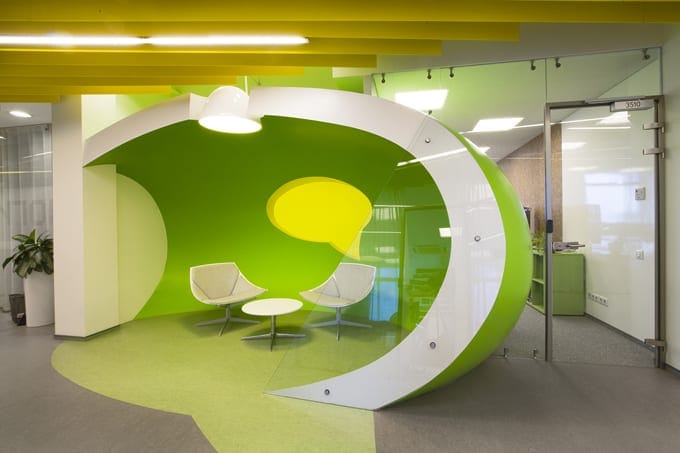 Visitors find themselves in an amazing space which the architects have transformed from linear into 3D, observing the pixel objects growing to gigantic proportions.  The guests and employees of the office are involved into Yandex net services, to which they are accustomed to working with exclusively in 2D screen. That is why in some places small icons, which grew to giant size are breaking to large volume pixels sprouting from the walls. Bright colors, spots scattered here and there, guide visitors through the office and inspire the office staff.

Of function, many of the major elements seem to be decorative at first glance but the spiral elements  separate the informal communication zone from the corridor. The casted polymer jellyfish clocks contain network printers station etc…good examples of how something that looks fantastic, but is also functional is a key element of good office design. 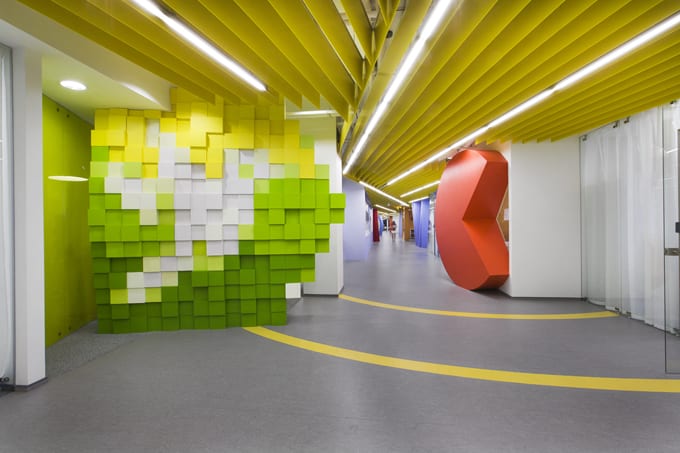 The project turned out to be rather complex, mainly because no one had attempted anything like this before, not just in Saint Petersburg but even in Russia! The difficulties were not caused by 3D objects – which are made according to advertising designs technologies (their cages are filled with polystyrene foam, meeting fire and environmental safety standards) but  the ceiling, build up of original blades was extremely difficult to install.

Yandex offices have a twenty-four-hour operation schedule, therefore the project was provided with variety of well-developed recreation zones. In addition to working areas and rooms, the office has a gym, cafeteria, showers, and several coffee-points. A number of formal and informal points for negotiation, two lecture halls, and workplaces perfectly equipped with Herman Miller and Walter Knoll systems, make this office a place of attraction, fascinate visitors, and surely makes work very enjoyable pastime.