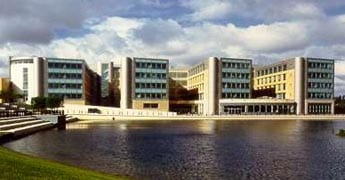 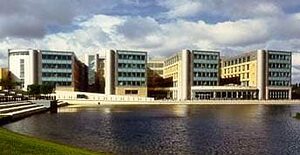 Axa is in advanced talks to take a 70,000 sq ft pre-let at Salmon Harvester Properties’ £40m office scheme, Two Glass Wharf in Bristol. The insurance group entered into negotiations to take the space after ruling out sites at Temple Back, Rivergate and Bank Place.

The deal will be the largest office prelet in the south-west since 2006, when law firm Burges Salmon took 170,000 sq ft, in  a massive office design Bristol and fit out at One Glass Wharf, and financial adviser IFA Hargreaves Lansdown signed a 100,000 sq ft pre-let with ancillary office design, fit out & refurbishment at Crest Nicholson’s Harbourside, both also in Bristol.

The £160m Glass Wharf scheme stalled after Castlemore Securities’ collapse in March 2009. It was brought back to life in December 2010, when administrator PWC attracted several investors keen to build parts of the scheme.

As one of these investors, Salmon Harvester bought the Two Glass Wharf site for £5m, in the debut purchase for its £25m commercial land-banking fund. It is understood the fund intends to sell the 140,000 sq ft scheme, which is now worth £40m, to NFU Mutual’s Life Fund once the property is let.

One Glass Wharf has since been bought by Aerium. The European fund manager is believed to have bid slightly above the £82.3m asking price. Burges Salmon occupies four-fifths of the building.

Occupiers in Bristol are increasingly more likely to take pre-lets at one of several development sites because existing prime stock is dwindling. Research from CoStar forecasts a 25% lift in prime office rents from £28.75/sq ft to £35.75/sq ft in the next five years. Before considering any of these new buildings it is hgihgly recommended to undertake a full workplace appraisal of current facilities to access the benefits on office relocation.

Average office rents in Birmingham, Edinburgh, Leeds, Bristol, Liverpool and Glasgow are predicted to rise more than 15% in the period. The UK leasing market has continued to improve in pockets of the UK. Take-up activity in the second half of 2010 rose 75% in comparison with the first six months of the year.