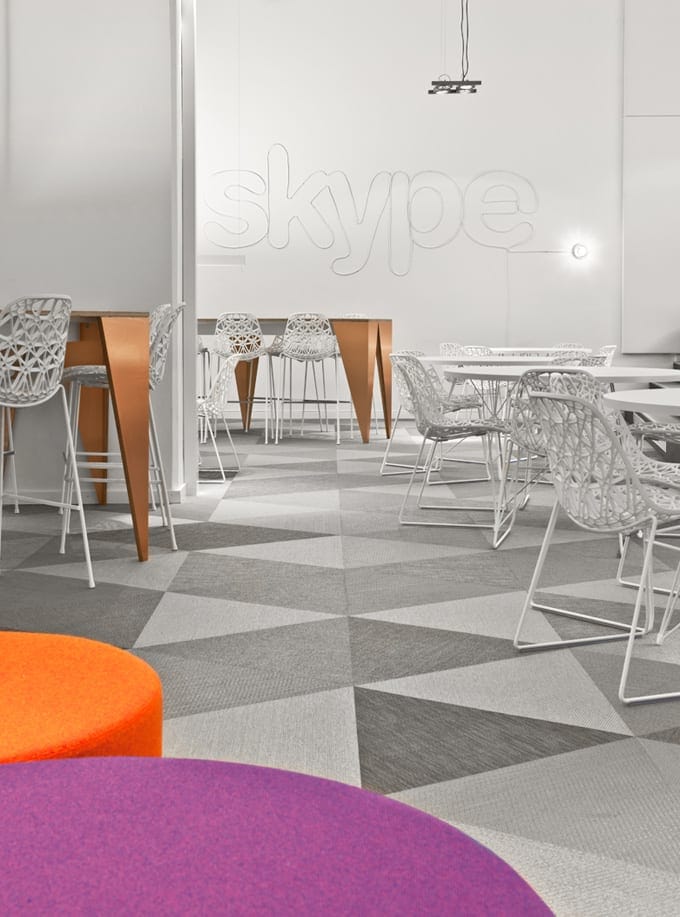 Skype had 35 people in its old office and was bursting at the seams, they eventually found their next home  in a refurbished office in a massive historical building, Münchenbryggeriet, a Stockholm landmark and started the ball rolling towards what would eventually  become a truly great office design. It was originally built in 1846 as a clothing factory, but the building eventually was commandeered to feed the Swedes unquenchable thirst for alcohol when it became Sweden’s largest brewery in 1857 and operated as The München Brewery until 1971, from which point they started to recover by drinking Tequilla. Skype’s new offices in the old brewery now caters for 100 employees. Head architect Mette Larsson-Wedborn of PS Arkitektur, along with his team were given the brief to project the Skype brand’s playful spirit, connecting the brand and culture with the workplace. The result is an outstanding great office design. The “clouds” and “sky” of this great brand have clearly influenced the thinking. The office is bright and airy, there is very much a Scandinavian “less is more” quality about the interior. The lighting hangs randomly cloud or star like through the space, some of the chairs were chosen for their cloud like quality, as were the light fixtures, and the angular carpet design is reflected in accent pieces such as light shades, chair backs and the unusual custom made furniture legs and tops. The custom wall paper is literal depicting the audio and visual world of the company. The furniture is sourced from all round Europe from Bla, Offect, Johanson, Crassevig, Arper and Martela. The carpet really makes the space, and its great the way the legs of the table and the quirky tops make sense of the carpets themselves by being angular and emphasising the theme. I’m not sure we’ll ever get bored  of seeing hanging lighting similarly exposed on the end of wires at different heights….it still looks great. A fantastic place to work, not an expensive fit out, and an achingly cool design. Everyone should work in an office like this! 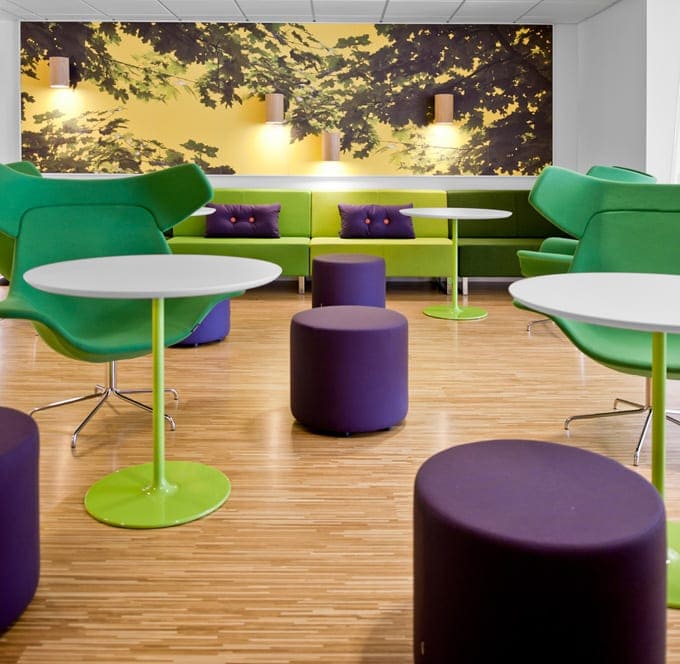 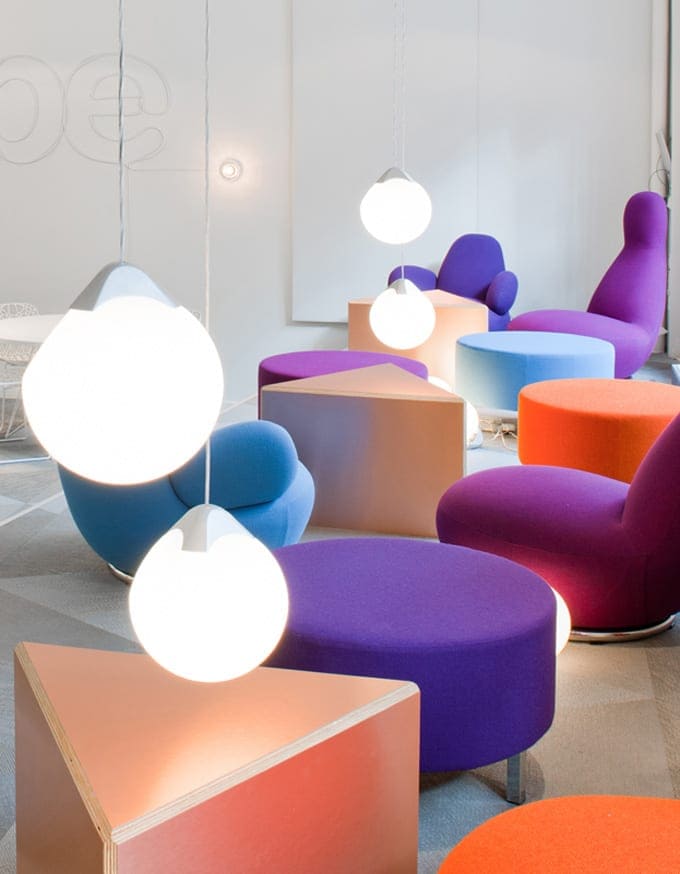 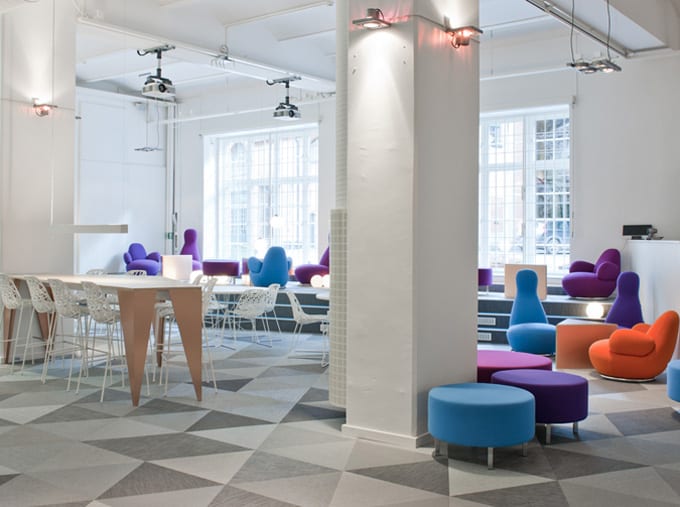 Images courtesy of the cool hunter