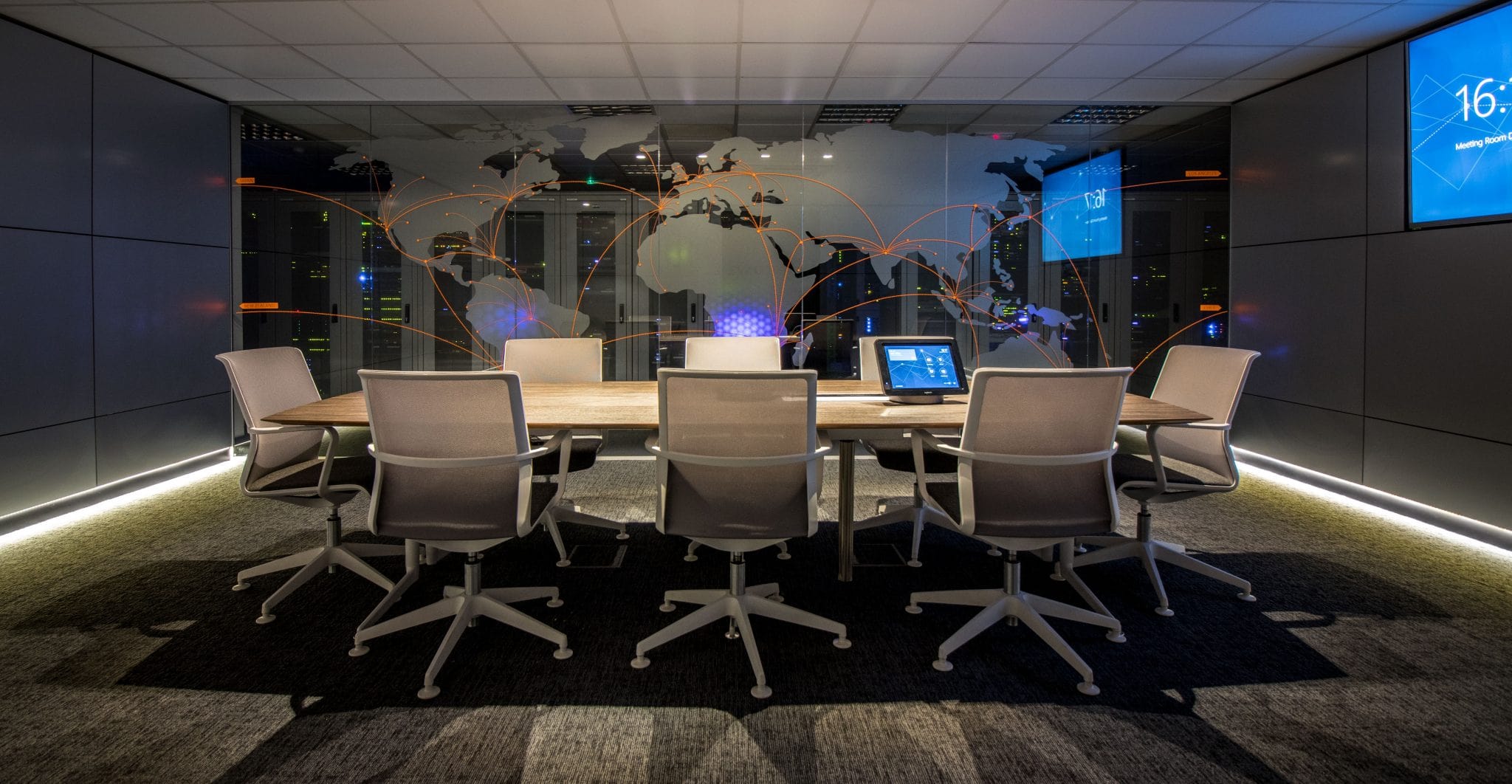 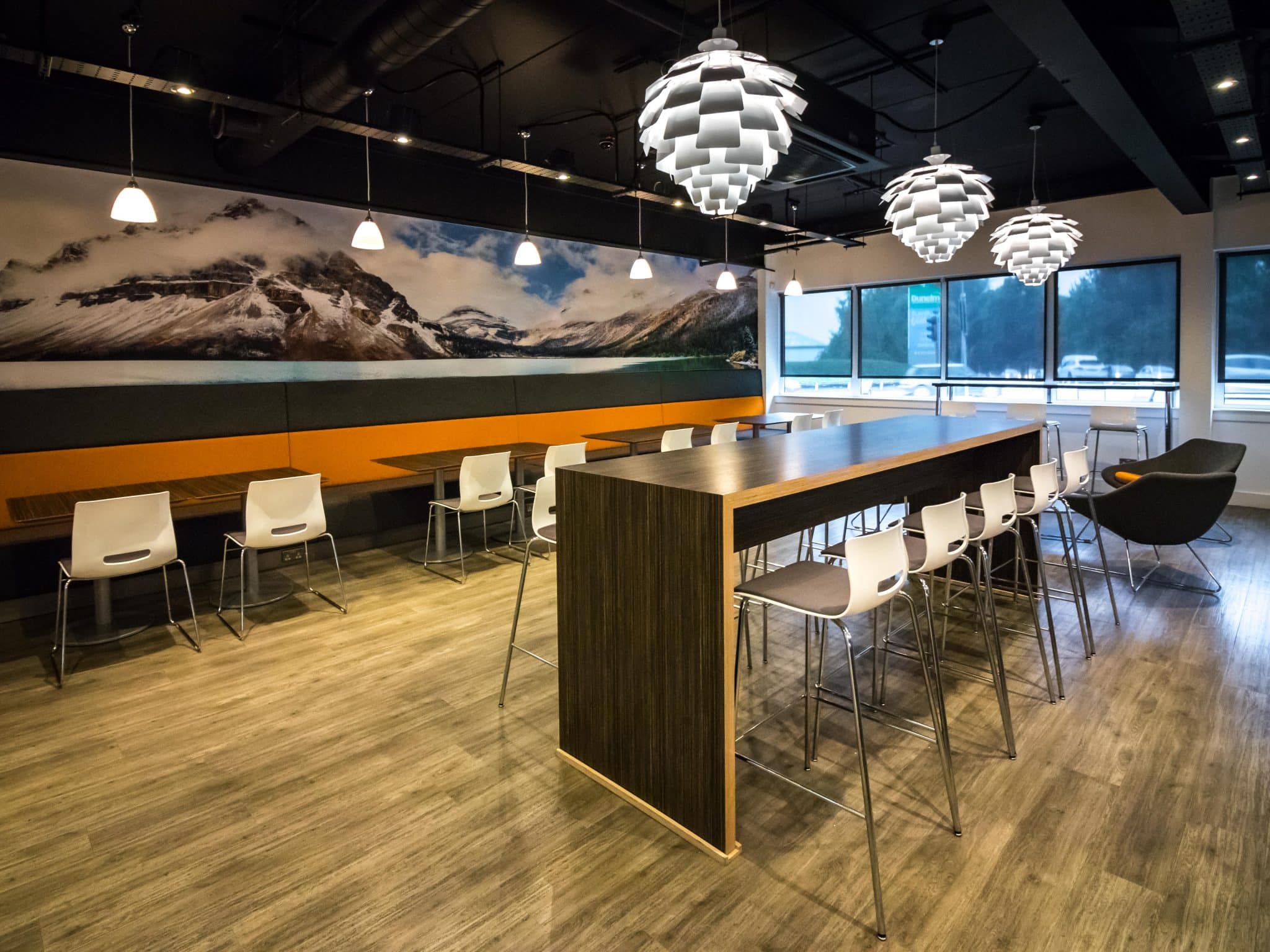 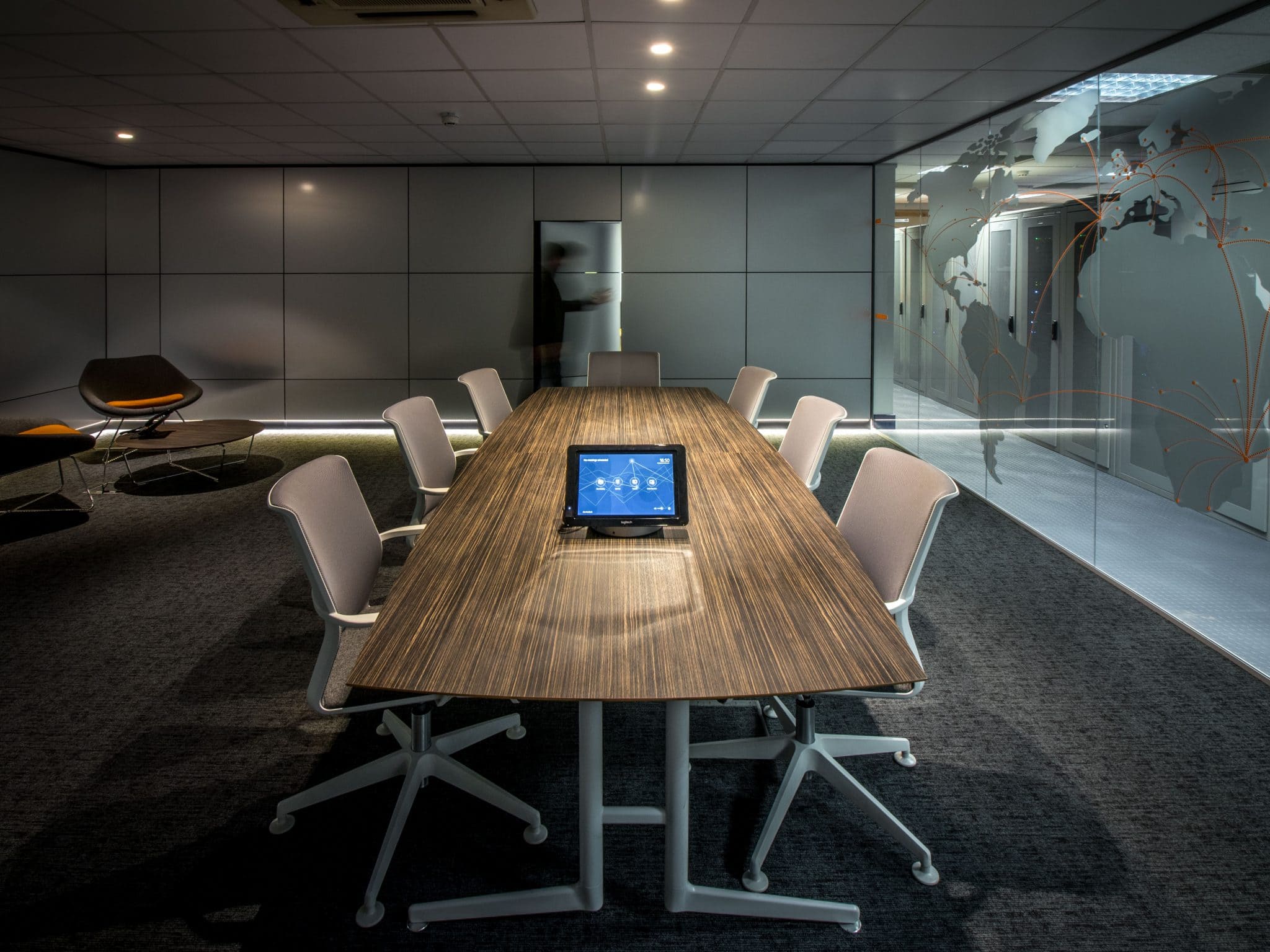 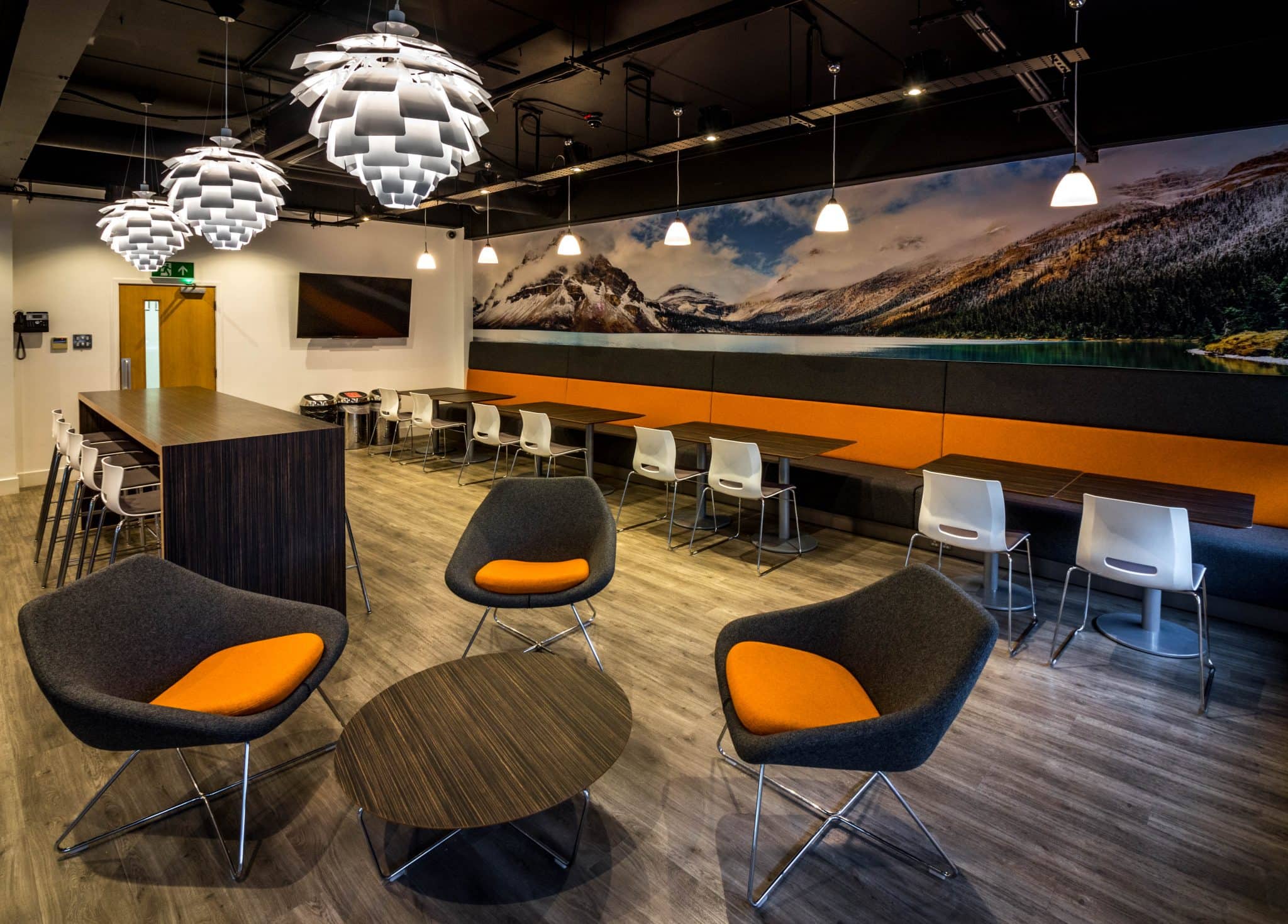 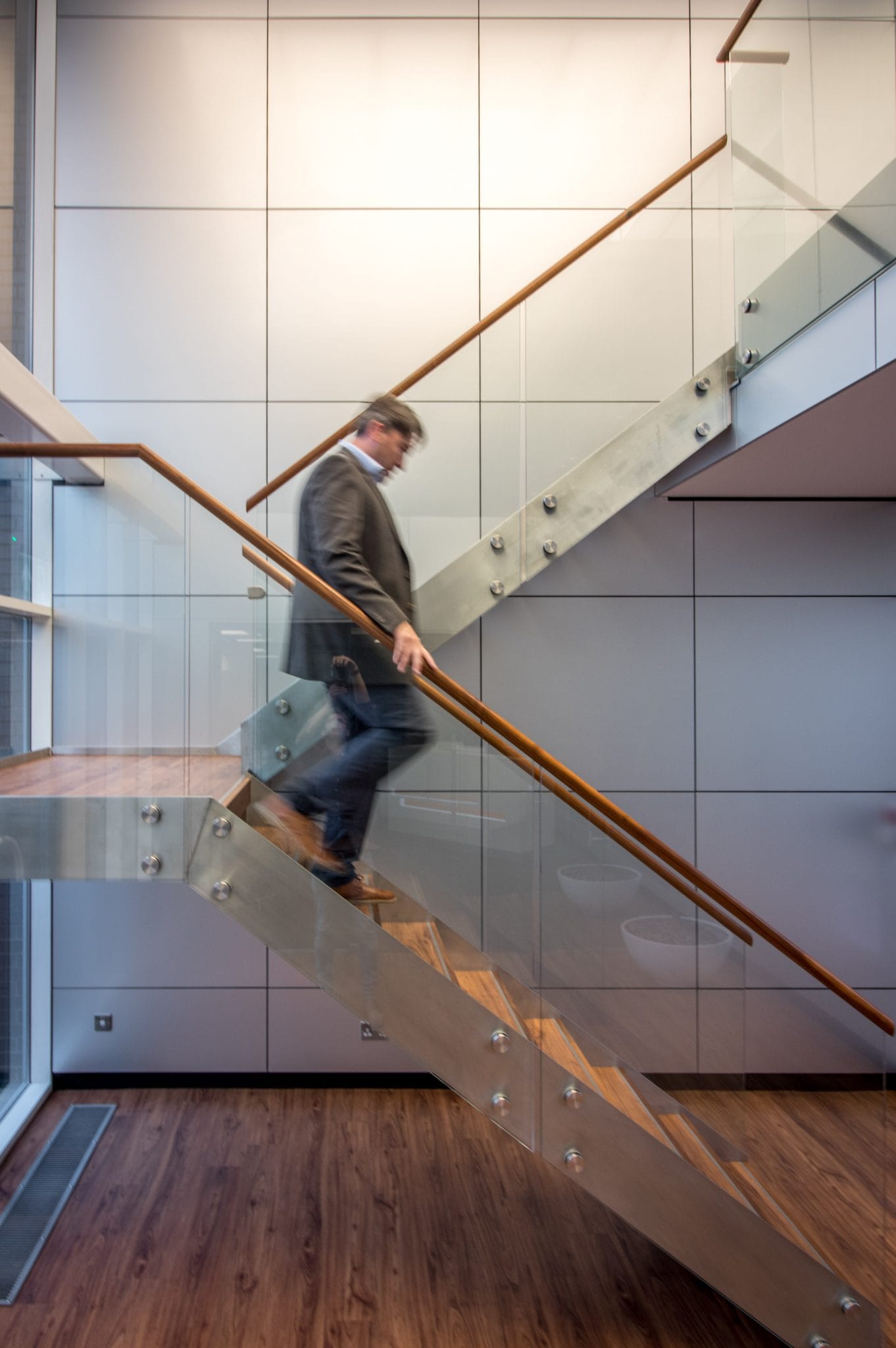 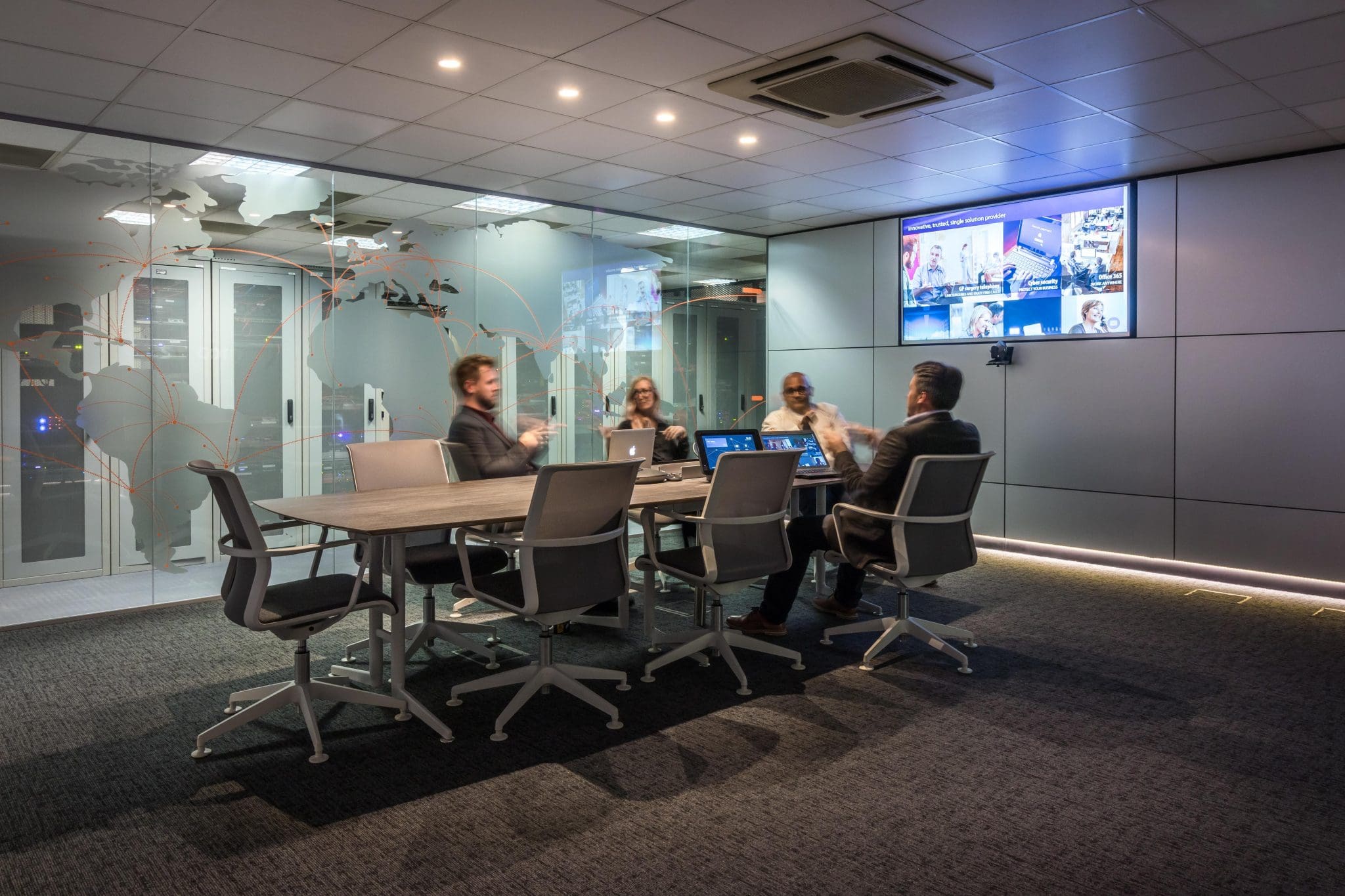 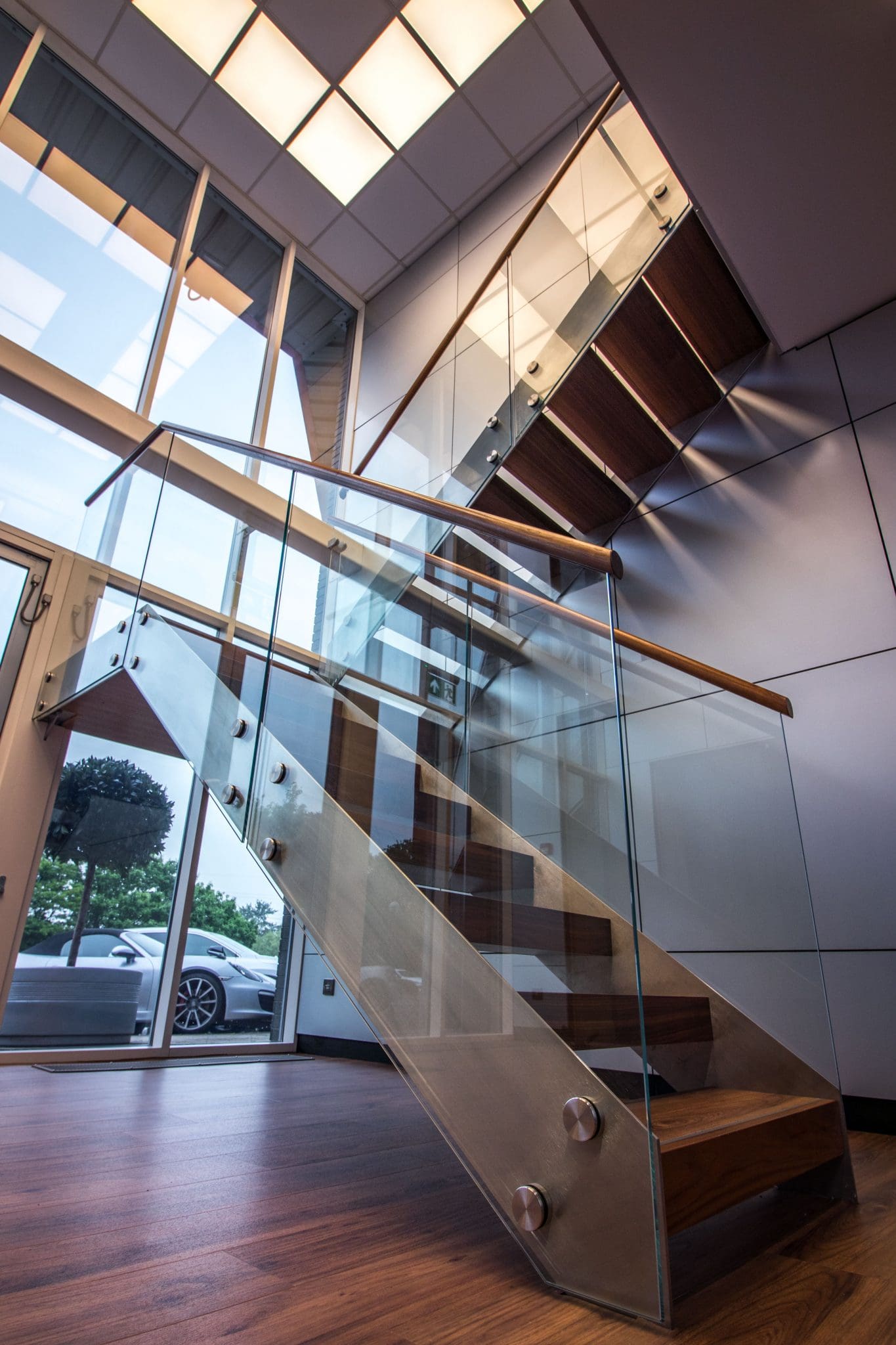 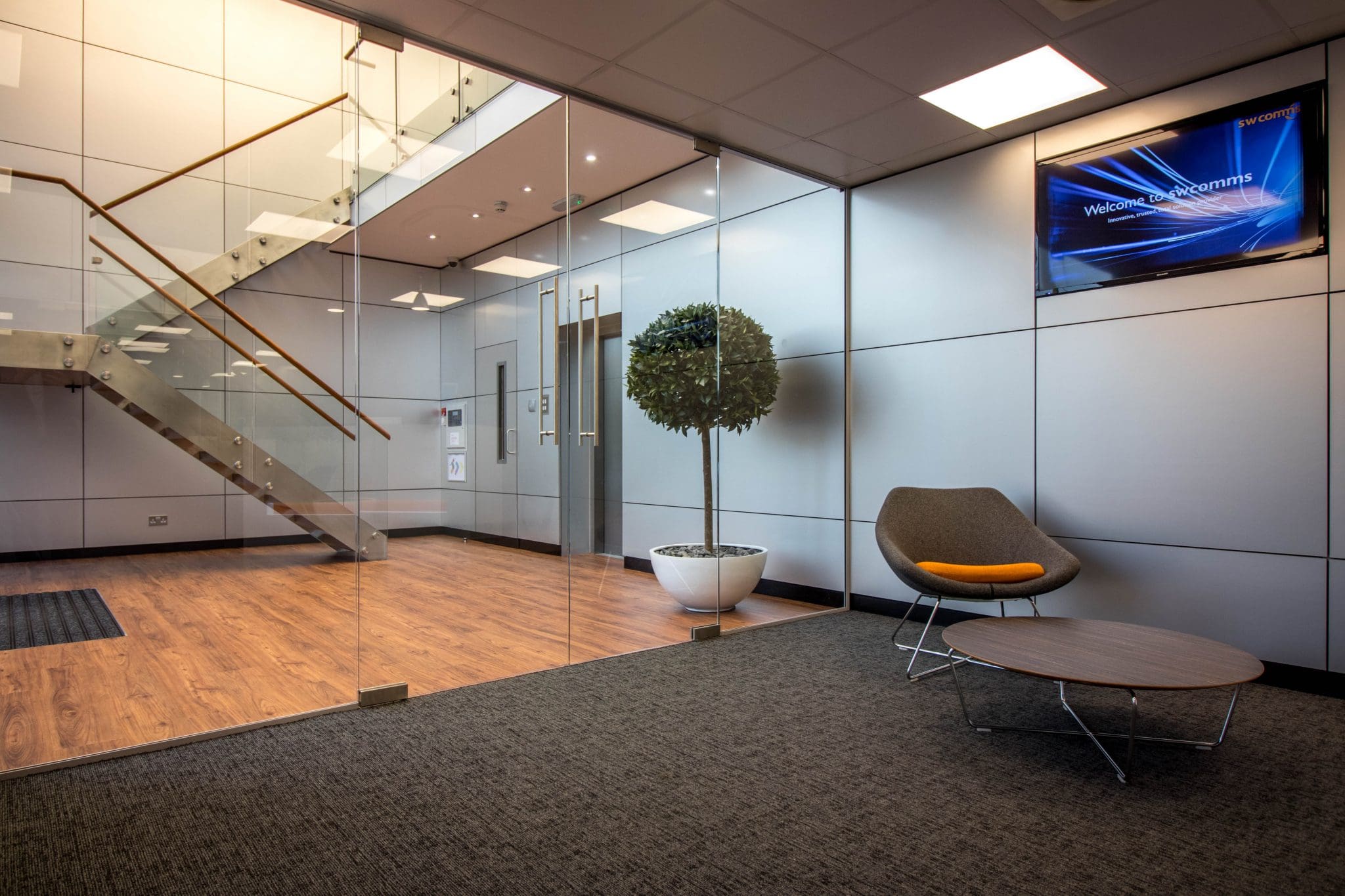 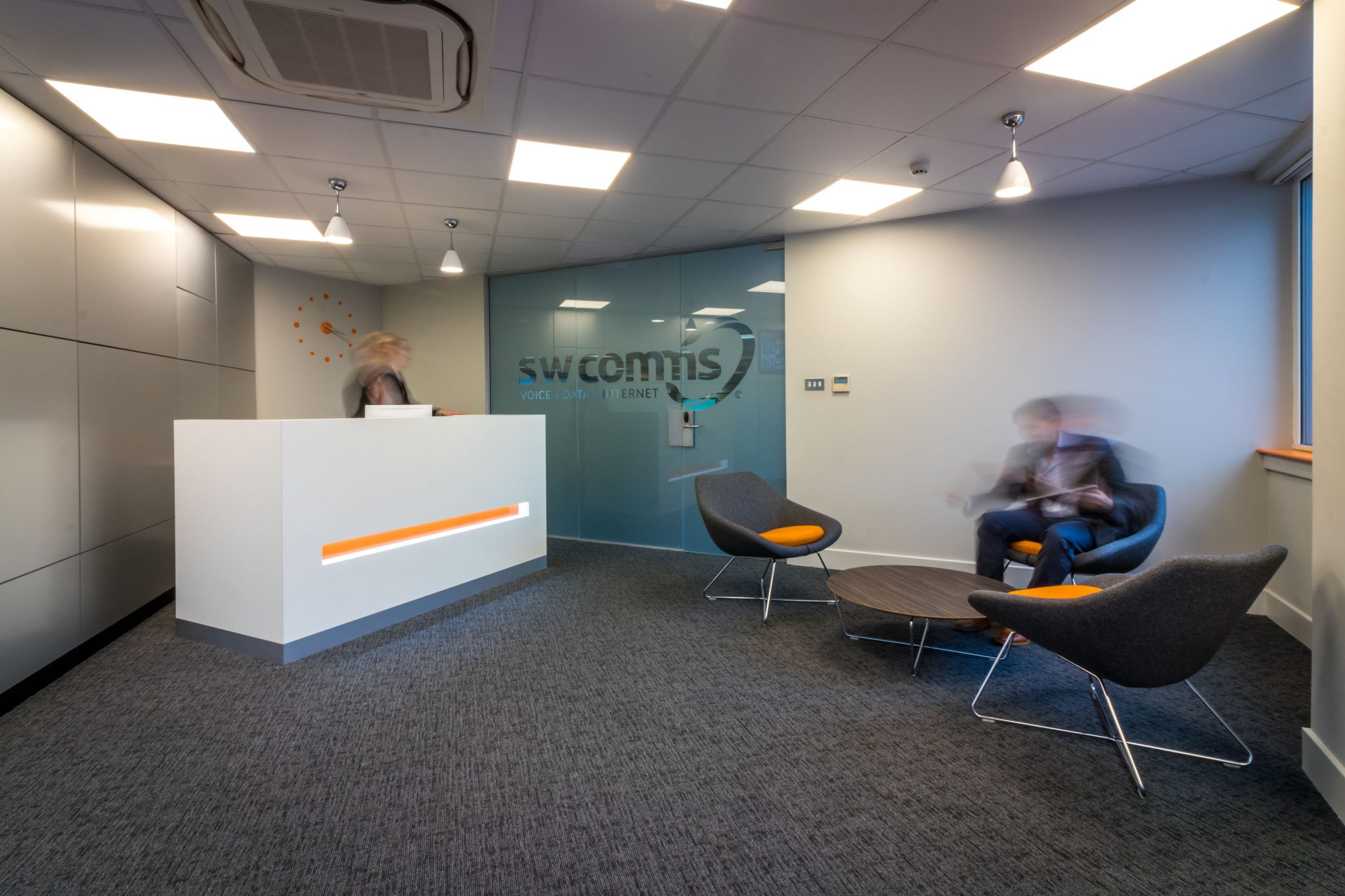 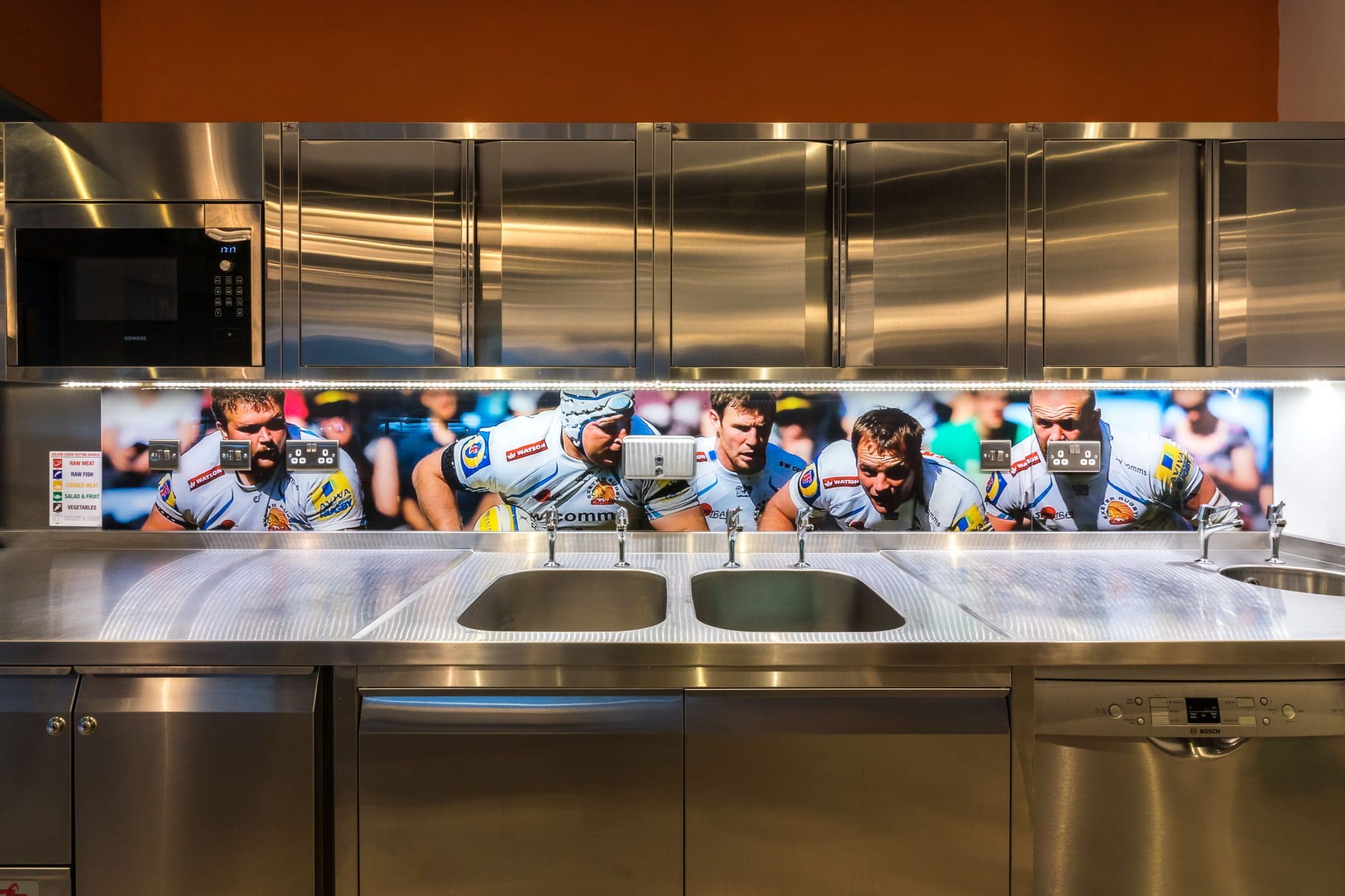 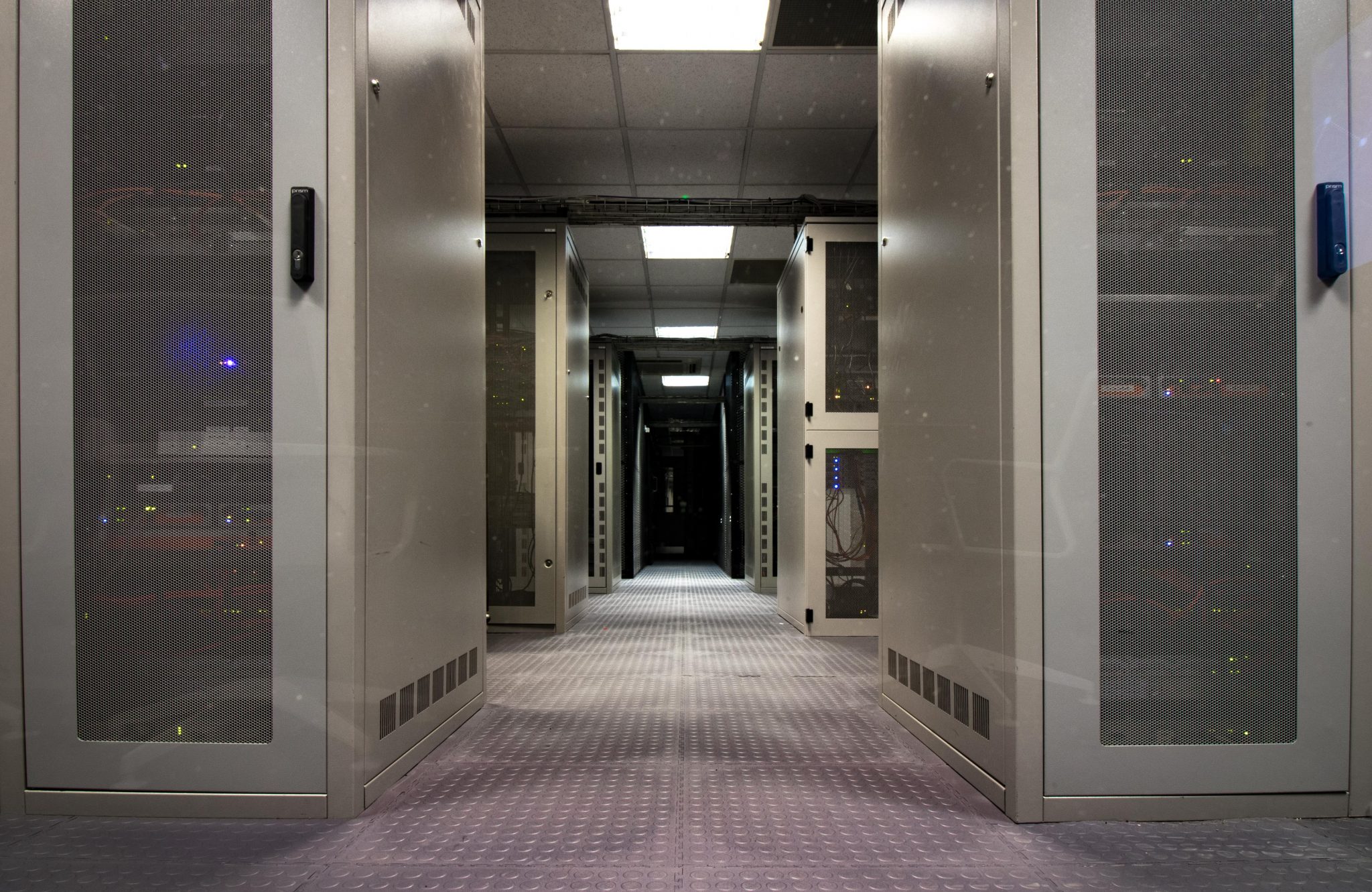 When South West Communications, one of the leading IT firms in the west country,  decided it was time to refresh their ageing reception, staff canteen and data centre, they called Business Interiors. In the canteen, we suggested removing the false ceiling entirely, to gain a greater sense of space and allow for a more modern industrial feel, with exposed painted services. In addition we placed a long bench on the back wall to maximise the useable space and seating area. A large picture of Lake Banff, a personal favourite of the chairman from his bike travels in Canada, covers an entire wall like a window to another world. Feature light fixtures not only look beautiful but can also be seen, invitingly, from the road. The kitchen splashback shows the rugby premiership winning Exeter Chiefs, for whom Swcomms are the main sponsor. In the data centre and reception, we panelled the artex walls with aluminium, to match the outside of the build and is reminiscint of an Apple store. However we chose a warm walnut for the flooring, which matches the walnut treads and hand rails of the new stainless steel and glass stairs to the mezzanine. The black glass hints at the high security of the data centre behind, doors from the reception and data centre are “hidden” in the panelling and a blanket of LED panels in the ceiling above create the impression of large skylight in a space that was previously dark..